From the President's Desk: 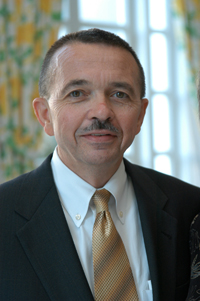 According to the Energy Information Agency (EIA), an office of the federal Department of Energy, West Virginia coal production year-to-date is up 20 percent over the same period last year, and we appear on target to possibly cross the 100 million ton level for the full year. Our mines are once again producing, we are beginning to rehire miners after eight long, hard years of fighting to just stay in business.

Even so, we remain a long way from the 170 million tons we produced in 2008, before the Obama Administration began its war on coal. And we may never get back to those levels, because most of those 400 coal-fired power generation units Obama shut down with his regulatory assault have been torn down, left to rust or converted to natural gas.

The good news is the world never stopped recognizing the value of coal, and 2,200 new coal-fired power plants are scheduled to go online between now and 2040. Many of those plants will look to import their supplies and we plan to be the source of much of that coal. We are uniquely located close to rail and barge transportation to major coal port facilities. And our metallurgical coal remains plentiful and second to none in quality.

The recovery in the state’s coal industry has played itself out through the entire economy, with state unemployment levels dropping from double-digits just a year or so ago to 4.4 percent today – led by a recovery of the coalfield economy.

But none of this would be possible without the 2016 election of President Trump – who has kept every promise he made to our coal miners and the people of our state. He has one-by-one rescinded every anti-coal regulation enacted by the Obama Administration, and he continues to do more. Just recently, his Department of Energy issued a report that said it is vital for the U.S. to preserve its coal fleet for the sake of the stability and reliability of the electric grid.

It also appears likely that the president will strip away the billions of dollars of grants and tax credits that have propped up the renewable energy industry for the past eight years, finally returning the energy markets to a level playing field. And that’s all we’ve ever asked for – a fair chance to compete.

The Trump Administration has stepped up and done its part. Now it is time for the state government to do its part to position us to compete in the world marketplace. We need to reduce costs across the industry. To do so, we need to reduce the state tax rate on the coal industry. We need to cut severance taxes, cut property taxes (particularly for idled property so it can be held for future use) and remove outdated regulatory constraints.

Most of all, we need state agencies to recognize the value of our coal industry. We believe most do. If there is one good outcome of the past eight years it is that many state leaders have been reminded of that importance. However, in the effort to find ways to plug a budget hole, we are concerned they will see coal as a source for that revenue. That can’t happen. The state’s coal industry is barely getting back on its feet and we need investment to continue that climb. We need to have capital for improvements freed up and not locked up in taxes.

We are confident our current Legislature and Governor Justice understand this need. And we see a bright future for West Virginia coal if given a chance.